Until today, whenever a copyright claim was made on a video and its creator disputed the validity of the claim, the monetization mechanism on that video would have been suspended. Hence, for the time of the dispute, the video would have continued to run on YouTube without any possibility to earn money (nor for the video creator, neither for the rightsholder who made the claim). Well, things are finally going to change!

Here a chart showing the new system which is being developed to protect the earnings of the rightful rightsholder: 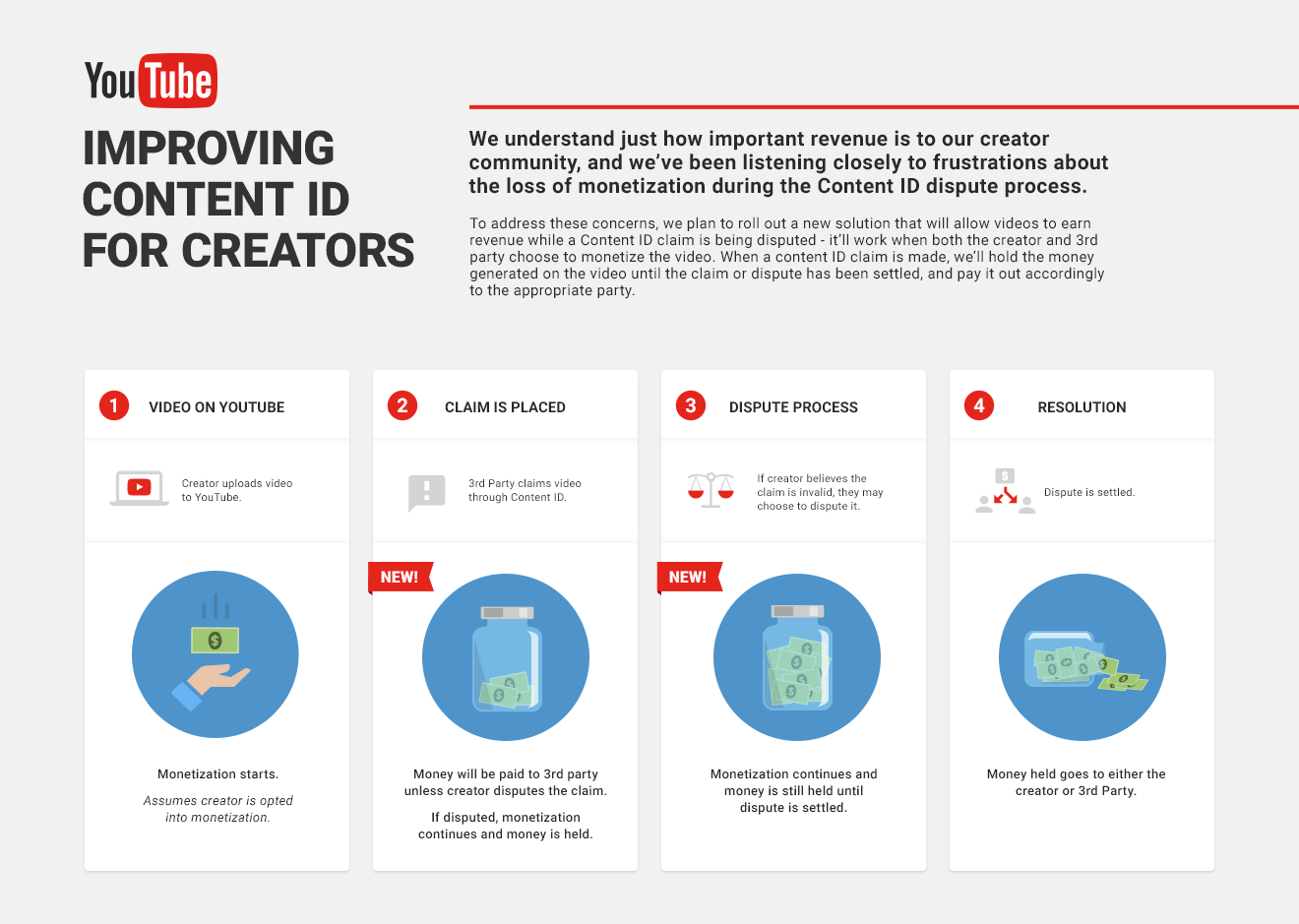 The new system (which is still under development) will be straightforward. Whenever a claim is placed (if the creator disputes the validity of the claim) the video continues to run with advertising: the revenue collected during the claim dispute will then be given to the party who wins the dispute.

It may sound complicated, but the idea is simple: even if someone place a claim on your video without proper grounds, you are not going to lose any revenue from the monetization of that video.

In this way, creators can work in an increasingly friendly environment, which is what we all look out for.

What about you? Did you ever have a claim on your video which eventually resulted unfair? Let us know about it!